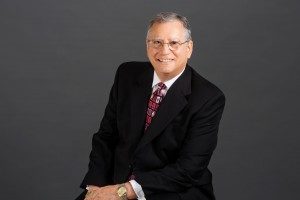 Since joining Overseas Cargo, Inc. (ShipOCI) in 2009, Alan has worked his way to becoming Chief Financial Officer, where he is responsible for overseeing all accounting, administrative and financial areas of the company.

Alan has over 40 years experience working with several large food retailers, including The Grand Union Company, a large supermarket chain originally located in the northeast U.S., where he held positions as Field Auditor, Catalog Showroom Division Controller and Stores Accounting Supervisor. Prior to joining Overseas Cargo, Alan was Director of Retail Accounting at Pueblo Supermarkets, a supermarket chain with operations in both Puerto Rico and the U.S. Virgin Islands. There, Alan met Ron Atapattu, founder and president of ShipOCI, forming a dynamic business relationship and friendship that has lasted well over 25 years.

Born and raised in Fairlawn, New Jersey, Alan served in the United States Air Force and is a Vietnam era veteran. He currently serves as the State Commander of the Jewish War Veterans, the oldest active Veterans organization in the U.S. In his spare time, you can find Alan creating new dishes in his kosher kitchen, or volunteering with several organizations that assist local veterans and their families.